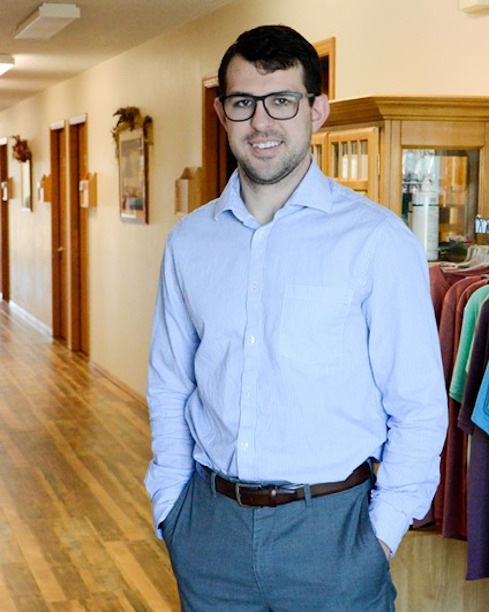 Drew is the owner of Hands on Health. Drew received his Doctorate of Physical Therapy at the University of Mary in Bismarck, North Dakota.

Drew has clinical interest in sports rehabilitation, along with dry needling and pain management. When asked, "Why Physical Therapy?" Drew stated, “I love the rehab process due to the hands on work and ability to assist people back to the things they love. Also love the challenge that comes with pain management and helping people return to thing they never thought possible before. As a high school and collegiate level athlete, I saw first hand how important and necessary Physical Therapy is to both prevent injury and restore function after injury."

In his spare time, he enjoys hunting, fishing, and spending time family and friends. 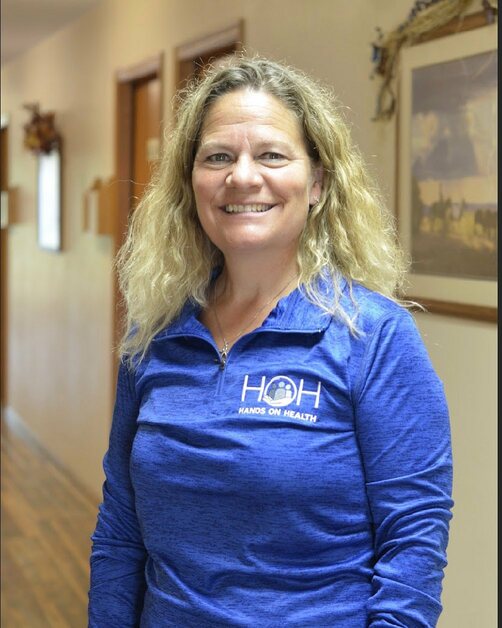 Colleen graduated from the college of Saint Scholastica in 1990 with a bachelors of science degree in physical therapy. After earning her degree, she worked for two years in Rapid City as an outpatient physical therapist for Rapid City Regional Medical Center.

Colleen moved back to the Lemmon area in 1992 and began working for PTOT Associates out of Fargo, North Dakota. She performed physical therapy in Hettinger, Lemmon, and Bowman with Kaye Kettering, PT

Colleen said, “I’ve truly enjoyed being a physical therapist and helping people to return to their optimal health. I am blessed beyond measure to have my kids, daughter in law, and granddaughter: Jesse, Kelsey and Sydney; Shay, Bailey and Britt as they are my gifts of love and support!” 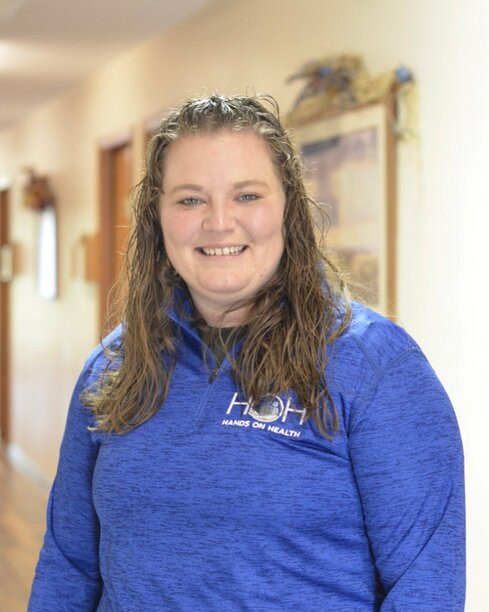 Bobbi is a physical therapist who joined the staff at Hands on Health in May of 2019 after graduating with her Doctorate of Physical Therapy from the University of Mary in April 2019. Bobbi and her husband, Sheldon, recently moved back to Lemmon after completing physical therapy school.

Bobbi has a clinical interest in sports rehabilitation and manual therapy. She will soon be taking a dry needling course. Bobbi enjoys being a physical therapist because: “I love getting to work one-on-one with people to achieve their goals and help them live a better, pain-free life. It is so exciting when people are able to return back to the activities they enjoy doing that they were previously unable to do.” She currently provides services in the Lemmon and Bison locations.

In her spare time, Bobbi enjoys helping out at her parents farm, being outdoors, and biking. 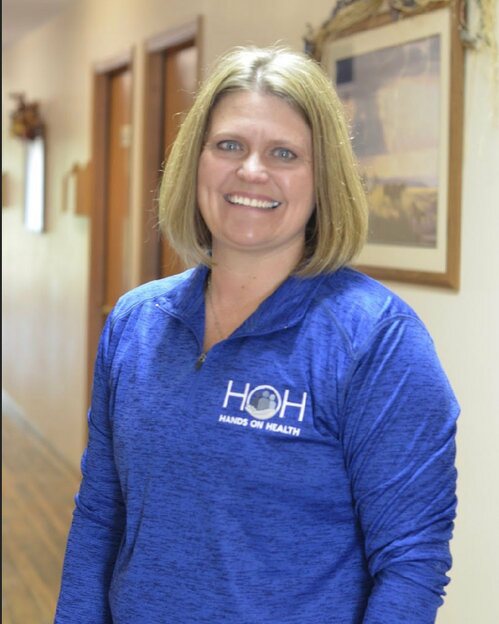 Regan received her physical therapy assistant associates degree at Lake Area Technical Institute in Watertown, SD in 2002. She came to work at Hands on Health in August 2002 and practiced PTA assisting the Physical Therapists at Hands on Health. After a few years she decided to become a massage therapist and traveled to Leola, SD to complete a 500 Apprenticeship massage class by Hoffman's Healing Hands. She has been employed with Hands on Health for 17 years doing PTA and LMT to patients of all ages.

Regan and her husband, Levi, and their three boys and live by Morristown, SD where they farm and ranch.

Regan enjoys being outside helping on the farm/ranch, working in her garden/lawn and flowerbeds and loves spending time with her family. 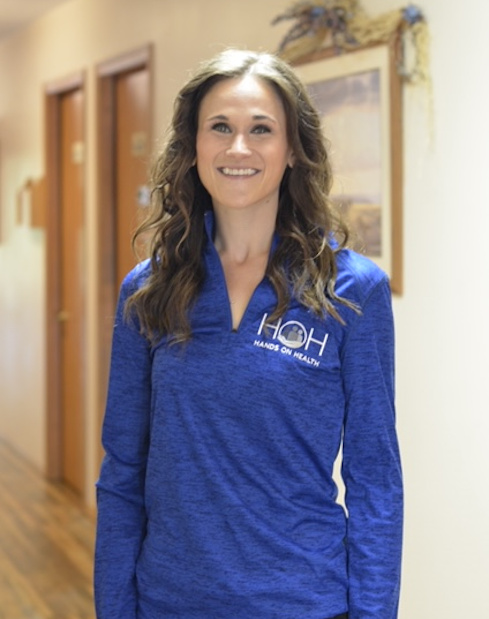 Danci is a graduate of Lemmon High School and attended the University of South Dakota. There, she obtained a Bachelor’s Degree in Communication Sciences and Disorders and her Masters of Arts Degree in Speech Language Pathology.

Hoff has spent the past two years as an SLP for the Black Hills Special Services Cooperative where she served the Meade School District at Sturgis Elementary. There she worked with upper-elementary students, as well as with students within self-contained and behavioral classrooms. She enjoys experiencing the vast diversity of students’ and clients’ communication needs, and collaborating with professionals across a variety of disciplines to best serve individuals and their families.

When she’s not at work, Hoff enjoys being outside as much as possible and spends her time hiking, golfing, biking, camping, gardening, fishing, and spending time with family.

"So easy, so relaxing and clean facility. I love using the sauna here: it has a temp gauge and you can make it as hot or not as you want. There is enough room in there for up to four people.
The exercise equipment is on point, too.
The owner is very kind and really personable. I'm happy we have a place like this in our town! "